Back to Blog Posts
Next

Posted by Alex Cowie on Tuesday, October 11, 2022 at 8:40 AM By Alex Cowie / October 11, 2022 Comment
The sales activity for Alberta in September fell in line with the ten year averages for the month. With the total inventory continuing to drop as we come into the Winter months, the average prices continue to rise as we remain in a competitive balanced market in most markets. The Calgary market remains one of the most competitive with Red Deer, Lethbridge and Medicine Hat staying within strong balanced market territory. However, some markets like Edmonton, Grand Prairie and Fort MacMurray are beginning to experience softening as sales slow and months of supply increase.
There are some interesting factors at play as the migration numbers from the first two quarters of the year have been reported. In fact, through the first half of the year Alberta has experienced some of the largest Net Migration in Provincial history! To put it into perspective, if we look back at two of the busiest markets in the past decade, 2007 and 2014, our migration in 2022 has been +128% higher than 2007 and +52% higher than 2014!! With employment and affordable housing available, we are a very attractive option for both International and Inter-Provincial migration!
The next number to note is the % of mortgages in arrears through the first two quarters of 2022. By the end of the second quarter, the % of mortgages in arrears reached the lowest levels they have been at since 2008, sitting at 0.40%. There are lots of discussions about affordability due to interest rates climbing so if we compare the five year fixed rates to the % of mortgages in arrears during the years of high migration, they suggest that interest rates won't impact affordability As long as they don't get too high).
Showing Report
For the Provincial showing activity, this past week the showing activity has reached its lowest  point so far year to date. We can anticipate lower activity as we are seeing less inventory to view. The lower priced inventory still continues to see the most activity but here is some additional activity in teh $700,000 to $800,000 price ranges. The percentage of showings that result in sales is softening as we estimate 14.2% of showings result in a sale through September.
What to do?
With interest rates rumored to be rising again, buyers will be making a move to take advantage of any rate holds they have. There will likely be less and less inventory to choose from until we reach the Spring market, which we do anticipate to be a busy Spring. So, if any buyers are having difficulty finding the right place but want to take advantage of stronger purchasing power due to a lower rate hold, they may want to consider adjusting their search criteria to open up more options.
Courtesy of Steve Philips, CIR Realty 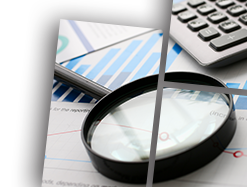 The sales in Alberta for the month of August were slightly down compared to those of August 2021, but they still remain above our ten year average ...Read More

Have a Question or Want a Free Market Report?

Contact Us
Questions? We're Here to Help
Recently From Our Blog

Have a Question or Want a Free Market Report?